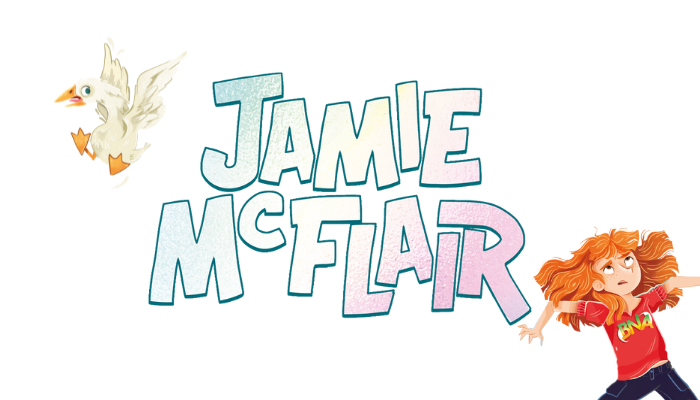 ONE NO-NONSENSE HEROINE. ONE EVIL UNCLE.

This story begins with a snoring pug, a forgetful grandma, and the hero of this adventure in a really bad mood. There is also a goose on the loose. We just wanted to warn you.

Jamie McFlair’s favourite band got a slot performing on the country’s biggest talent show, but it went wrong thanks to Barry Bigtime (in an ‘incident’ involving a chocolate milkshake and worn underpants – don’t ask).

Barry is a music big shot, all round nasty man…and Jamie’s Uncle. The next day, he launches his own massive new band and Jamie smells a rat. With the help of three trusty best friends – popular Daisy, no-nonsense Jenners, and timid Mel – Jamie vows to uncover Barry’s dastardly plan.

But Jamie doesn’t know about BARRY’S SECRET. A secret that is TERRIBLE and SHOCKING and VERY STRANGE. There’s something hidden in Barry’s basement – a machine that is the key to his musical success. But what happens when the boyband generator goes wrong? We’ll give you a clue: it is NOT GOOD and THE ENTIRE WORLD is at risk. Can Jamie stop Barry Bigtime before it’s too late?

Welcome to a new adventure starring our courageous young heroine Jamie McFlair, who so successfully thwarted her nasty uncle’s monstrous plans a few months ago. But as we rejoin her, Jamie McFlair is … sad. HUH!?

Well, she just found out that she and her best friends – Daisy, Mel, and Jenners – are being split up and sent to different schools. Not one to admit defeat, Jamie discovers a way out of this unpleasant situation: Rubbsling’s Academy for Creators, a school for famous kids. Because of their antics stopping the evil mastermind Barry Bigtime, Jamie and her friends have attracted some fans. It’s enough to get them accepted into the school – they can stay together!

But the school is … weird. Located on a remote island, with strange teachers who give out punishments for NOT having your phone out in class, it all seems geared towards building the students’ social media profiles. Though Daisy enjoys the attention, Jamie is suspicious that something isn’t right. What is really going on at this school?

Poor Jamie. What she’s about to discover is that Barry Bigtime is bigtime back. Fallen from grace, outcast by society, and determined for revenge on Jamie, the school is the secret hiding place for his new plan…A plan to control the brains of all the children at the school, to make them do what he wants. A plan that is the first step towards controlling EVERY BRAIN ON THE PLANET!

What questionable science is this!? How will this madness end?! Can Jamie rescue her friends and defeat Barry Bigtime once more, or will she become victim to THE ULTIMATE BRAIN HACK? 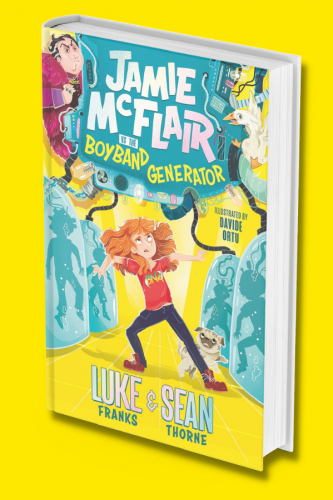 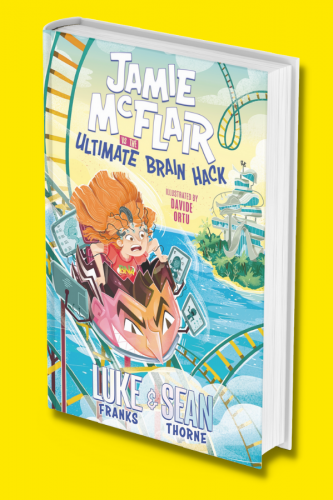 Want to be the first to hear about all things Jamie McFlair? Sign up to the Hachette Children's Group newsletter below!

The data controller is Hodder & Stoughton Limited and The Watts Publishing Group Limited (on behalf of Hachette Children’s Group). Read about how we’ll protect and use your data in our Young Adults Privacy Notice and General Privacy Notice and our Use of Cookies.